A Major Hit on the UK Economy- Russia-Ukraine War 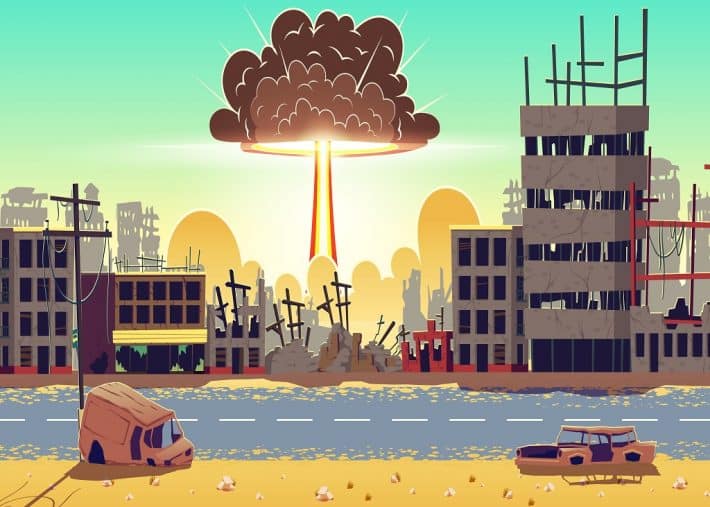 What the UK Economy Suffers from Russia-Ukraine War

In the sudden and unanticipated war between Russia and Ukraine, the economy of the UK is suffering along with other countries such as Ireland.

According to the Centre for Economics and Business Research (CEBR), the troops from Moscow entering Ukraine are causing rapid inflation in the markets of the UK.

There are valid reasons, though, for the state of the relationship between Russia and the Queen’s Country.

The result of this war has made it clear that the UK will experience stern living costs, and the reality has happened for the country in that way. Living costs are now at an inflated state in the UK.

Similar to Brexit; the lost output is scaled around 4%.

The worrying news is that the governments have instead warned the British people that they might face the harshest time ever due to economic inflation.

This inflation we are talking about has affected the overall living costs starting with rising energy costs and fuel charges. People are leaving their private vehicles in the garage and are commuting on public transport options more often to save money.

This, however, is just a small representation of the problem. It is, in fact, way deeper inside.

Let us discuss this a little.

We receive applications from borrowers who are also entrepreneurs. On discussing the terms of options like a startup business loan, those very clients of ours have shared their genuine worries about the situation.

“We come up with a business and we know that the country is suffering. In this moment when people are stressed, brands must do their part to help them. It is not that I am asking all the brands to follow what I think. But in the times of trouble in a nation; brands can still come up with newer ideas, which will be more ‘welfare-based’ and economic to people rather than ‘revenue-based’. Yes, generating money is one of the biggest and the most important concerns for a business. But people come first. Revenue will follow them.” said Bradley, an entrepreneur of 55.

This is a serious concern because the base of a country is its people. Most of the economy basically belongs to them.

We have got reports that families and single individuals are suffering seriously from the fuel forces of living costs and tax bills.

As mentioned earlier, the CEBR has already stated that the UK may receive ‘a 90 billion pounds blow’ due to the war.

We are going to state something more alarming now!

The Problems in General

We are going to take gasoline for this instance.

During the war, the US and the European countries have banned imports from Russia. Gasoline is one of them.

So, for the war between Russia and Ukraine, the price of gasoline reached 8 pounds per therm as of March 2022. That rate was at 40 pennies in the previous year.

Is it understandable now?

We are going through one of the worst conditions the nation has suffered. Here are some of the problems we might have to endure:

The situation is worsening in the commercial spheres due to the banking complications and exchanges in the global financial market.

Here is what we got to know about that.

The UK is exposed to the financial market through Russia. As this connection is cut off due to the war, the UK has now been desolated.

And it is not just the UK’s problem. Many other countries in Europe are suffering from this issue as well.

In regards to that, the UK and its allies started to sanction permissions at the initial level. The banks and some businesses have been selected for the sanction. But these rules excluded the Russian banks from working. Although it included the sterling and the clearing payments, Russia has been banned from raising funds in the UK.

On the 26th of February, some additional rules were imposed on this relationship too. The UK, the US and the EU stated that Russia is going to be excluded from SWIFT, which is a global inter-bank messaging app. It is widely used and also takes care of cross-border transactions.

With these steps, foreign exchanges are indeed suffering a lot. It is natural for the UK to go through financial trouble when the flow has been disrupted.

How Complicated Is the Situation, Though?

It is quite complicated.

We didn’t experience so many small business owners taking out small business start-up loans with direct lender guarantees in previous years than 2022.

Speaking with various owners from different brands, many are stating that they are taking the loan out as a contingency plan so that they can ensure business growth in 2023 where, as per the government, it has been suggested that no such economic growth can be seen.

According to predictions from renowned economists and professionals working in those domains, it has been estimated that the country is suffering from multiple economic problems at the same time.

And you know what the economy says: The more involvement of the problem, the more complications are created.

The Organisation for Economic Cooperation and Development (OECD) shared a statement on the rate of inflation, and the UK obviously didn’t like it.

The country’s inflation has reached 8.8% this year and is expected to experience a slight fall in the coming year (2023) at 4.7%.

Because Russia and Ukraine are both large export commodities, war has made the UK face a serious price rise in food and energy bills in the UK.

Thankfully, the British government has reassured its people that steps will be taken, and the UK will again be able to achieve its financial strength.

Although it is pretty difficult to say this, we need to work together to maintain our lives in the right economic proportion.

Making small adjustments to doing simple changes in our financial behaviour can help us make a great deal of change.

Yes, you may have a simple relationship with us about small business startup loans with bad credit, but we are also part of the nation and strive to contribute.

In this regard, we just want to give a message to our borrowers.

Think before you take any amount, and always check your loan affordability. It is because the money you might not need makes more sense to someone who needs it more than you.

A Major Hit on the UK Economy- Russia-Ukraine War